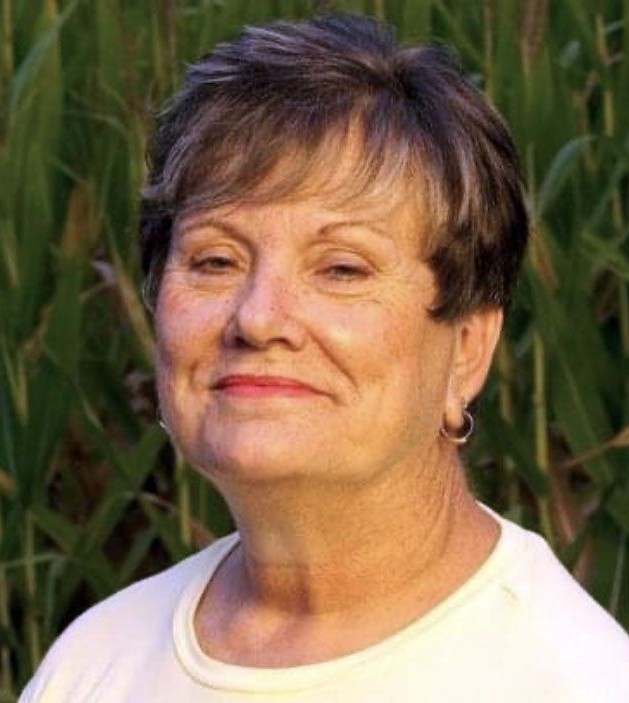 With profound sadness we announce the passing of Adele Hawkins. Adele was born in Bushy Prairie on March 7, 1943. On October 21, 1967 she married the love of her life, Ellery Hawkins. They recited their sacred vows of marriage at Saints Peter and Paul Catholic Church in Waterloo. After marrying, they resided in Valmeyer and began their life as farmers. They raised their five children on their farm until the Flood of 1993. After their home they built themselves was flooded, they courageously decided to move their house to where it resides today along the beautiful bluff.

Not only was Adele active in her church, but she was also an integral part of her community. At Valmeyer School, she was a member of the Booster of School Sports and the PTA as well as a former president of the Music Boosters. Adele was also the 4 – H leader for Warnock 4 –H club, member of the Monroe County Farm Bureau, Monroe County Home Extension and American Legion Ladies Auxiliary.

Adele had a passion for farm life working alongside her husband and was involved with every aspect of it. Adele managed all the finances for Peep – Hawk farms, drove tractors and trucks, picked up machinery parts, took her husband and son from field to field and brought countless meals to her “boys” while they were working.

In addition to her many activities and working on the farm, Adele still found time to have a garden, grow beautiful flowers and enjoyed keeping her yard mowed perfectly.
While her husband taught their son all about farming, Adele taught her four daughters everything they needed to know about making a loving home. Adele loved spending time in the kitchen making delicious meals for her family and baking cakes, pies, and cobblers.
But Adele was most known for her love for her family. She taught her children about strength, love and faith. She loved her grandchildren dearly, whether she was spoiling them with sweet treats, running them to practices or lessons, cheering them on at games, or enjoying their music performances, she was always there. With loving arms she bound her family together.

To order memorial trees or send flowers to the family in memory of Adele M. Hawkins, please visit our flower store.