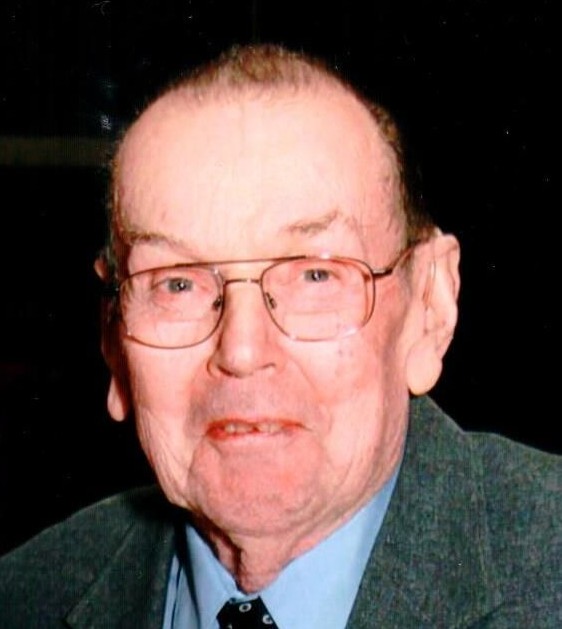 Carl W. Vogt, age 85, of Waterloo, IL, passed away on January 18, 2022, after several years of declining health. Carl was born on February 22, 1936 to Peter and Isabelle (Dannehold) Vogt, on a farm near Columbia, Illinois.

At a young age, Carl was adventurous and mischievous and was asked to leave St. Peter and Paul Grade School at the age of 11. Carl always said he was fine with that because attending the country school was only for six months and he got to work on his family farm the other six. Later in his adult years, Carl was hired on in 1957, at the age of 22, as a police officer at the Waterloo Police Department. He was appointed Deputy Sheriff and Chief of Police before he left the police force and then worked for the City of Waterloo where he retired as Superintendent of the City in 1993. After retirement, he was elected as County Road Commissioner District #3 and traveled with his wife, Lillian, around North America.
Carl was an outdoorsman who loved to hunt, fish, garden, play with his beloved dogs, ride his 4-wheeler around his property, talk politics, coach his son’s baseball teams, play softball, cook the best BBQ pork steaks on his homemade grill, listen to country music and developed a knack to be able to fix anything. He lived a full life of love and respect. In his personal, as well as professional life, he was known for being honest, diligent, humorous and a great story teller!
But his greatest love of all was for his wife, Lillian (Bequette) who he married in 1956 on Thanksgiving Day. They were married for 65 years! He always told her, “If I had to do it all over again, I would do it the exact same way, with you!” They had six children together: Jeff (Denise) Vogt, Mark (Christine) Vogt, Paul (Connie) Vogt, Kurt Vogt, Julie (Sean) Goulding, Mary (Jim) Shields. He was a loving husband and dad who often showed his love by giving of his time. He cherished his grandchildren and said often how lucky he was to have so many.
Carl’s Grandchildren include: Joel (Michelle) Vogt, Emily(Birton) Cowden, Jon(Amber) Wolf, Erika (John) Barbee, Jenna Vogt, Evan (Kirby) Vogt, Sarah (Dan) Powell, Melissa (Alex) Wolfe, Kaitlyn (Brandon) Hinson, Megan Vogt, Peter Vogt, Alyssa (Cody) King, Avery Vogt, Isabella Goulding, Jade Goulding, Joely Goulding, Zachary Shields, Logan Shields, Lauren Shields; and 10 Great Grandchildren.
Carl belonged to St Patrick’s Catholic Church in Tipton, IL where he volunteered and was active in his faith. He loved helping people whether it was volunteering his time, helping his neighbors clear their driveway from snow, helping his kids or grandkids learn how to fish, hunt, make deer sausage, life lessons or giving extra attention to people who needed it. He had a goofy sense of humor, loved chocolate, and he was very interested in the lives of his grandkids. He cherished his time with his only surviving brother, Ivo Vogt and most importantly with his beloved, Lillian and family.
Besides his parents, he is proceeded in death by siblings: Armin Vogt and Dorothy Wink, brothers-in-law, sisters-in-law, cousins, and many friends.
Carl was one of the originating founders of the Dirty Dozen Fishing Club, former Waterloo City Park Commissioner, former member of the Waterloo Rotary Club, and an active member of St. Patrick’s Church-Tipton.

As an expression of sympathy the family prefers memorial contributions to:
Backstoppers or the Waterloo Park District

To order memorial trees or send flowers to the family in memory of Carl W. Vogt, please visit our flower store.