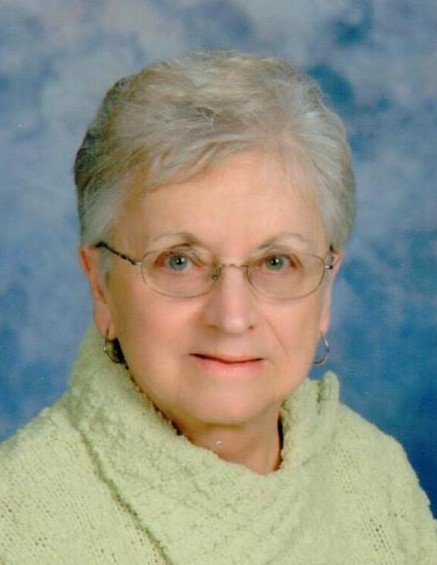 She is survived by her children Dennis (Janet) Thomas and Nancy (John) Presley;grandchildren John F. Thomas, Heather Presley, Jennifer Spencer, and John B. Presley; sister Barb Schindler; sister-in-law Elaine Olsson; many loved nieces and nephews along with other relatives and friends.

She is also preceded in death by her brothers Donald (Ann) Olsson and Alvin (Elaine) Olsson.

Connie had retired from Mercantile Trust Bank in St. Louis. During her retirement years she worked at Barb's Fashion and Vicki's Hallmark in Waterloo, IL. She was a member of St. Patrick Church - Tipton.

In her spare time, Connie enjoyed sewing, quilting, camping and traveling. She loved spending time with her children and grandchildren and will be dearly missed.

A private graveside service will be held at St. Patrick Catholic Church in Tipton, IL,
with Father John Kizhakedan officiating.

A Memorial Mass will be held at a later date.

To order memorial trees or send flowers to the family in memory of Constance "Connie" M. Thomas, please visit our flower store.