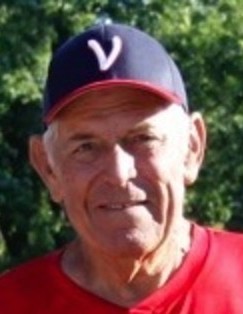 Denny had a heart for baseball. Starting in 1962, he played for Fults, Maeystown, Waterloo, and Valmeyer with the Mon-Clair League, in 1965 he played on the Waterloo High School team that made it to the state playoffs, and from 1967-1968 he played at SIUE, until his almost fatal car accident that left him unable to continue to play. This is when he began his career as a coach. In 1970 he became the assistant baseball coach at SIUE and from 1988-1997 he was the head baseball coach at McKendree College. From 1971 to present, Denny has been the head baseball coach for the Valmeyer Lakers. In 1973 he started the Infamous Valmeyer Mid-Summer Classic Tournament. His team won 5 Valmeyer Tournament Championships, 13 Mon-Clair League Championship Appearances, 7 Mon-Clair League Championships, and 1 Mon-Clair League Division Championship. Denny was the Head Coach of the Pan American Games. He was inducted into the Mon-Clair Hall of Fame in 1993, earned the Lifetime Achievement Award in 2019 - the highest honor bestowed upon an individual from the Mon-Clair Baseball Association, and in 2020, Borsch Field was dedicated to him and is now called the "Dennis Pieper Field".

He made an opportunity for boys to become men on the baseball fields. On opportunity to play, learn, progress skills, succeed, and even fail, but most importantly how to depend on each other and always get back up. The Lakers are a family because that's what he created.

Graveside service will be Monday 11 AM at St. Paul Evangelical Cemetery in Columbia, IL

To order memorial trees or send flowers to the family in memory of Dennis Lee "Boog" Pieper, please visit our flower store.