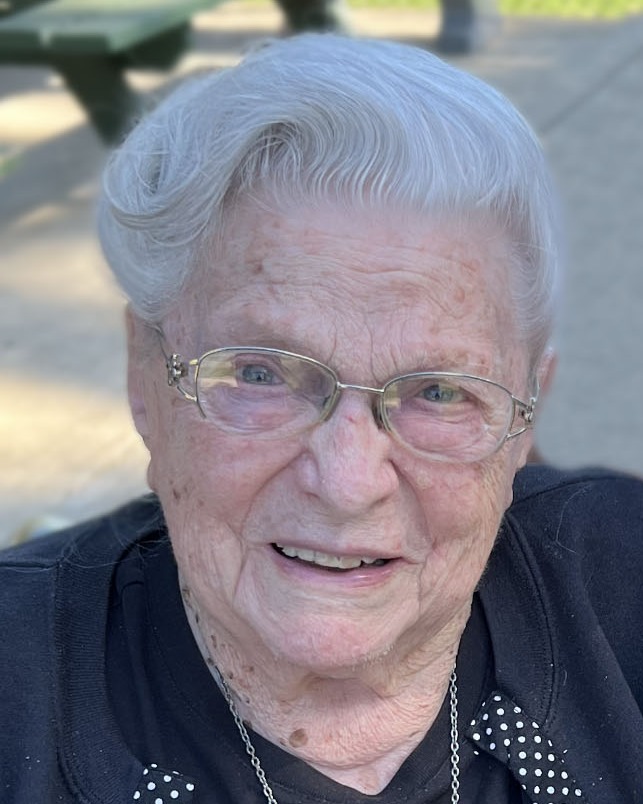 "Dottie" lived so many experiences in her 97 years. Married for 62 years, she followed Mickey to Fort Benning, Georgia for a year before he left for the war. She was an avid volunteer for the American Legion Auxiliary in Columbia, a member of Zoar UCC in New Hanover, 70+ year member of United Pinochle Club, and loved being a part of the Valmeyer Lakers with her boys. She love bird watching, growing beautiful flowers for the fair, rooster crowing contests, mushroom hunting, and golfing.
In their younger years, they spent every Saturday selling chickens and eggs at Soulard Market; in her middle years she took her wares to the Belleville Flea Market. Kloepper and bingo occupied most of her time up until the last weeks of her life.
Dottie loved life and was a stranger to none.

As an expression of sympathy the family prefers memorial contributions to:
New Building Fund Zoar UCC

Visitation:
4 PM to 8 PM Thursday, December 29, 2022 at Quernheim Funeral Home
9 AM until time of service Friday at Zoar United Church of Christ

To order memorial trees or send flowers to the family in memory of Dorothy M. Pieper, please visit our flower store.