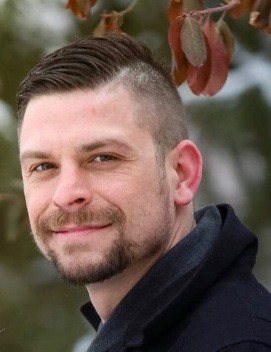 Dustin was a firefighter for Icard Township Fire Department for 7 years in Icard, North Carolina. Dustin was a friendly, loving man who would help out anyone who needed it. He loved animals & adored his wife, Shelby. He was a hard working man who went the extra mile at whatever he did. He had a hilarious sense of humor and loved to make others laugh.  He will be missed by many.

Dustin Gross was born in Newton, N.C.  He was the son of Tonya D. Wise and the late Randy Scott Gross.

Dustin was a service technician for Helitech in Caseyville, Illinois. He enjoyed his many co-workers and made friends easily.

Survivors include his wife Shelby L. Gross of the home, his mother Tonya D. Wise of Hildebran, his sister Kelly Chavis of Hildebran, 2 nieces Elizabeth Mason and Mia Chavis and a nephew Christian Chavis.  He has 2 paternal aunts Debbie Barger of Lincolnton N.C. , Helen Rudisill of Hickory, an uncle Dale Gross of Hickory and 6 cousins. He also left behind his in-laws, Suzanne and Jeffrey DeFlurin.

Dustin is proceeded in death by his father Randy Scott Gross and both maternal and paternal grandparents.

To order memorial trees or send flowers to the family in memory of Dustin A. Gross, please visit our flower store.