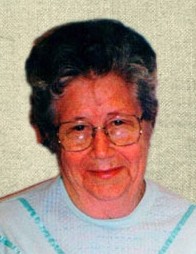 She is survived by her son David Rabbermann, & grandchildren Ashley & Chelsea Rabbermann.

She was a member of St. Paul UCC-Waterloo, & Waterloo VFW Auxiliary.

To order memorial trees or send flowers to the family in memory of Edna B. Rabbermann, please visit our flower store.