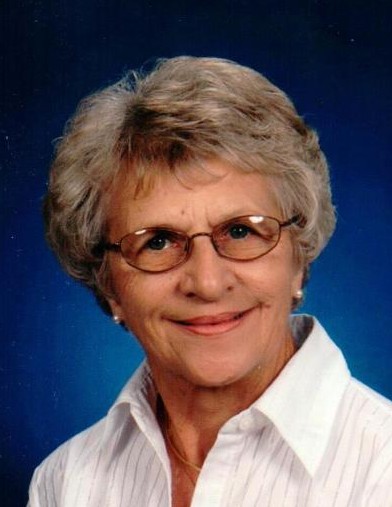 In addition to her parents, she was preceded in death by her brother Paul (Evelyn) Vogt; sister, Leone (Eugene) Jung; sister-in-law Helen Sondag; brothers-in-law Theodore Sondag, Glennon (Caryl) Sondag and James May; and son-in-law James Dillenberger.

Evelyn worked as a bookkeeper for Myrick Feed Company for over 25 years.  She lived most of her life on the family farm in rural Valmeyer.  She attended St. Mary’s Catholic Church in Valmeyer and was a member of the St. Ann Altar Sodality.  She also was a member of the local Home Extension unit and worked with various charities.  As a 40 year ovarian cancer survivor, she cherished the time spent with her family and grandchildren.  Although she kept alive numerous family traditions, one of her favorite was having brunch with the entire family every Sunday.  In her final years, she suffered from dementia, but always kept her sweet personality and positive attitude.

As an expression of sympathy the family prefers memorial contributions to:
St. Mary’s Catholic Church – Valmeyer or as the family wishes.

To order memorial trees or send flowers to the family in memory of Evelyn Louise Sondag, please visit our flower store.