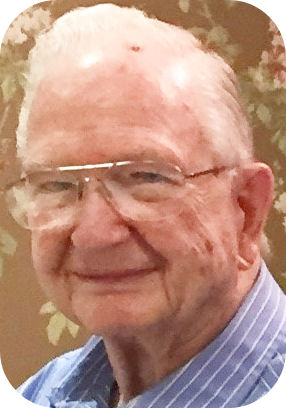 Glen married Violet Delores Grittmann on February 11, 1945 in St. Louis, MO and they were married for 71 years. The couple moved to Waterloo in 1947. Glen enjoyed activities with his family, which included camping trips with his children, a trip to Europe, hiking the Grand Canyon, fishing with his grandsons, and wintering in Arizona with church friends. Glen also enjoyed gardening and was famous for his large crops of raspberries and his raspberry wine.

Glen was a member of Central Christian Church for over 60 years. He was a deacon of the church and he and Violet delivered Meals on Wheels for many years. They both worked in the church’s food booth at the National Dairy Cattle Congress, served up many monthly chicken dinners and attended the same Sunday School Class for over 50 years.

He worked as a machinist at John Deere for 35 years prior to his retirement.  He was a loyal member of UAW Local 838.

Loved ones remember him as a good friend and neighbor, a good Christian and a devoted family man. He will be remembered also for his wonderful engaging smile.

To order memorial trees or send flowers to the family in memory of Glen Casteel Jr., please visit our flower store.