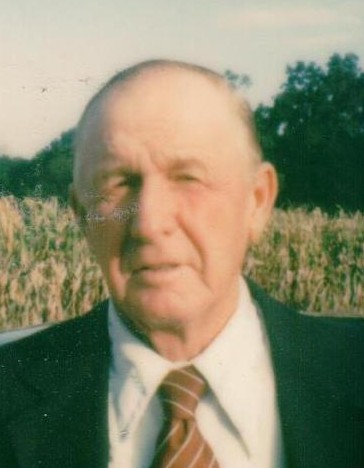 Harold was a member of SS Peter & Paul Church, Monroe County Farm Bureau, and a US Navy Veteran.

Harold was a proud lifelong farmer, seeing every innovation and hardship of farming since the Great Depression. He was proud of his naval service. He trained to invade Japan and later served on the Battleship Missouri. He liked auctions and adding to his collection of tools and equipment. Harold particularly  loved his TD-18 and earthmoving equipment. He was dedicated to his farm and family. Groundhogs rest easier now that he is not on the farm. Above all, he became one half of the best, most hardworking farm partnership ever formed when he married Irene Heiken in 1952. After 7 years apart, they are together again, enjoying the rest they earned many times over.

To order memorial trees or send flowers to the family in memory of Harold Dannehold, please visit our flower store.