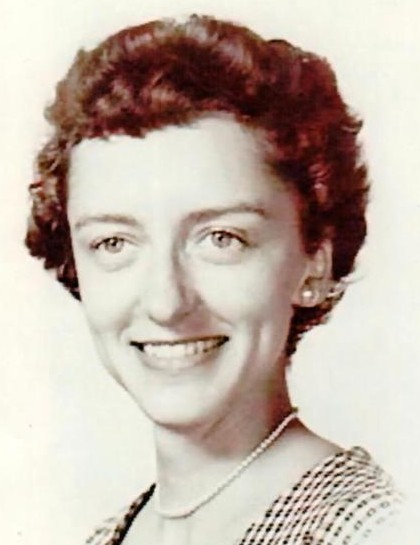 She is preceded in death by her parents Arthur F. & Beatrice (nee LaBerge) Laurian, and husband John Weir Huss.

Jeanne graduated High School in 1949 from St. Agnes Academy, Houston, Texas; Graduated from University of St. Thomas, Houston, Texas in 1953 and with a Master's Degree in Education from the University of Houston, 1955. Jeanne taught 4th grade in the Houston and Spring Branch school districts before marrying John Weir Huss (who died on August 21, 1996) from Sparta, Illinois and resided there until 1976 when they relocated to Salem, Illinois followed by Effingham, Illinois and finally Dyersbug, TN in 1988.

During her years in Sparta and Dyersburg, Jeanne was a Past-President of Theta Delta Chapter of Delta Theta Tau Sorority, Past-President of Newcomers, Dyersburg, TN; and a past PRE teacher at Holy Angels Catholic Church, Dyersburg, TN, as well as, volunteering for numerous other committees and programs. John and Jeanne were well known for their many years of playing tennis; they made a point of finding tennis courts whenever they traveled. Jeanne enjoyed a life-long love of various craft but most especially sewing, needlepoint, knitting and quilting. She was an avid reader of all types of books and authors.

She enjoyed traveling and had visited all 50 states, as well as, Canada, and several countries in Europe.

To say that Jeanne was a devoted St. Louis Cardinals fan is putting it mildly as she often could be found wearing Cardinals red even to Saturday night Mass.

Visitation:
9 AM until time of service Monday, March 4, 2019 at St. Augustine of Canterbury Church

To order memorial trees or send flowers to the family in memory of Jeanne M. Huss, please visit our flower store.