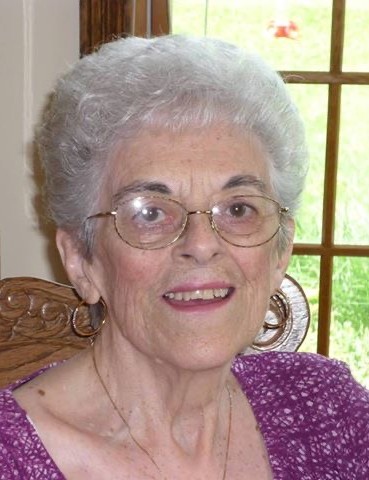 Joan Madden was born in Dayton OH and moved with her family to the New York area. She was the valedictorian of her class at Moorestown High, NJ.

She met her future husband Leonard Schultz when she was working as a secretary at the offices of a television station in Dayton. They followed Len's new job at KMOX-TV in St Louis and in 1957 built a home on Green Mount Road in Belleville.

When her youngest children were old enough to make their own lunches she went to nursing school at Belleville Area College and graduated at age 45. She worked her entire career as a psychiatric nurse at Memorial Hospital in Belleville.

Our Mother's purpose on Earth was to be a mother and friend to her family, especially, and to all who crossed her life's path. She was always as happy as her children were, with heart on sleeve, and endless love and affection. We are all deeply saddened but consoled by her painless, graceful decline and eventual passing. All who knew her are better people because of it.

As an expression of sympathy the family prefers memorial contributions to:
Oak Hill - Senior Living and Rehabilitation Center

To order memorial trees or send flowers to the family in memory of Joan A. Schultz, please visit our flower store.