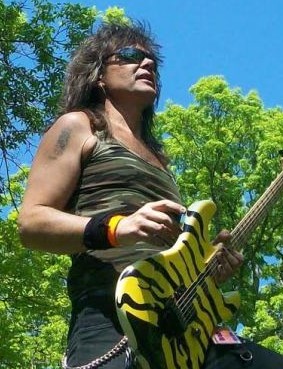 He is survived by his wife Karen A. Falkner (nee Myers): father of Jade Falkner and Max Falkner; son of Ronald T. (Cindy) Falkner and Barbara Esker (Henry); brother of Stephine LeBline (Bridgette) and Joshua (Angie) Bollinger; half sisters, half brothers, nieces, nephews, and cousins.

John is preceded in death by his grandparents Geraldine Davis and John and Ruby Falkner; and uncle Ronald Davis.

He played in Rock and Roll Bands across the country and was a member of Hope Christian Church in Columbia, IL

To order memorial trees or send flowers to the family in memory of John J. Falkner, please visit our flower store.