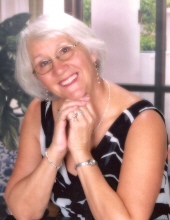 Judith A. Krell of Columbia, Illinois formerly of Garden City, Missouri was born March 23, 1939 in Sweet Springs, Missouri the daughter of Leslie Lloyd and Florence Irene (Long) Sims. She departed this life on Thursday, March 29, 2018 at her home surrounded by love and family at the age of 79 years and 6 days.

On March 4, 1994 Judy was united in marriage to Dan Krell in Noel, Missouri.

Judy was employed for 25 years at Pathways Community Mental Health in Clinton, Missouri before her retirement. She was a member of Faith Lutheran Church, Columbia, Illinois. Judy enjoyed reading, traveling, painting, being a grandmother, oceans, the outdoors and her cat, Bobo. She was a graduate from Harrisonville High School and had lived in Harrisonville, Garden City and Urich, Missouri before moving to Columbia, Illinois in 2015. .

Besides her parents, Judy was preceded in death by her son, Randall Johnson.

A Celebration of Life service will be held Saturday, April 7, 2018 at 2:00 p.m. at the Dickey Funeral Home, Garden City, Missouri.

Family suggests memorial contributions may be made to the Hope Lodge.

To order memorial trees or send flowers to the family in memory of Judith A. Sims-Krell, please visit our flower store.