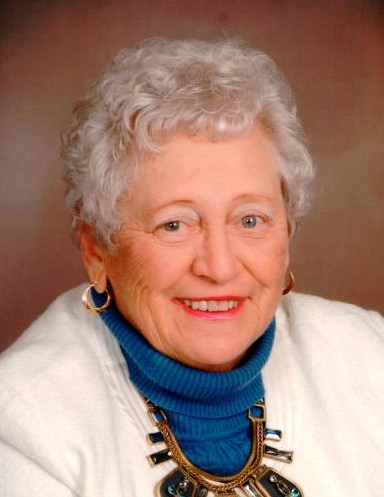 She was a member of several Catholic parishes; Queen of Peace and St. Augustine of Canterbury in Belleville, Our Lady of Lourdes, Sparta, IL and St. Peter & Paul in Waterloo.

She was a member  of St. Clair Women's Club, Southern Illinois Golf Assoc., Mystic Oak Golf league and the Mary/Martha Sodality and past president of St. Augustine's Sodality Club. She was also a very active member of the St. Teresa's Academy Class of 1952 Alumni Society and enjoyed planning and attending many reunions over the years.

Although,golf, sewing, and playing cards were a part of her pastime activities, she especially loved to attend  sporting events and other activities of her children,grandchildren and great ­ grandchildren. Playing board games and cards with them was a special treat.

As an expression of sympathy the family prefers memorial contributions to:
Masses or Memorials to SS Peter & Paul Church - Waterloo

To order memorial trees or send flowers to the family in memory of Mary Jean Westerheide, please visit our flower store.