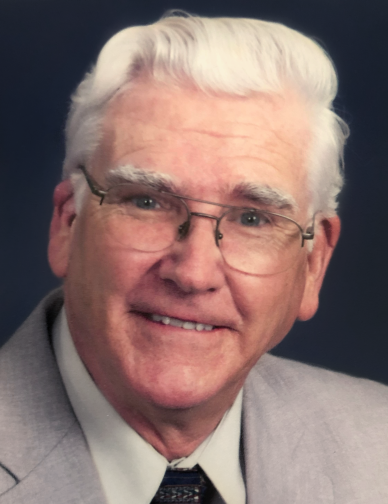 Michael was born on October 23, 1946 in Elgin, IL to Robert Mulroney and Margaret Goy Mulroney.  After graduating from Elgin’s St. Edwards high school in 1965, he served with the U.S. Army in Vietnam, assigned to the 517th Air Defense Artillery. Upon returning stateside, he met his wife of over 50 years, Nancy.  He would always joke that she pulled him into her booth that night at the pizza place.

They settled back in Elgin, IL and became long-term residents, raising three sons. Mike was always involved in his kids’ activities, be it joining karate, camping with boy scouts, watching little league, or adding his creativity to home-made Halloween costumes, pinewood derby cars, or school projects.  He once built an entire suit of armor, including shield and sword, for a world history project.  Unfortunately, the sword was confiscated by the principal’s office.

He worked for the City of Elgin Public Works department for nearly 25 years, retiring in 1999.  A member of St. Thomas Moore Church, he served as a head usher for several years.  Upon retiring, they traveled the world, visiting several countries including China, Russia, Sweden, Denmark, Germany, Austria, Mexico, Argentina, and Chile.  For this proud Irishman, his favorite trip was a return to the Emerald Isle.  Already a charmer and full of stories, he did kiss the Blarney Stone for good measure.

Later in life, Nancy and he moved to Waterloo, IL , where they lived the past eight years.  He was a member of Ss. Peter and Paul Catholic Church and a regular at the Monroe County YMCA, when he wasn’t tending to his plants or reading his favorite Clive Cussler novel.  Although near St. Louis, he remained a die-hard Cubs fan, and he was glad to see them win a World Series in his lifetime.

He was preceded in death by his parents, two sisters, Patricia Mulroney and Barbara Johnson, and one brother, James Mulroney.

No service is planned at this time.

Memorial contributions can be made to VITAS Hospice Care of Fairview Heights, IL at https://vitascommunityconnection.org/ or share a memory at https://www.quernheimfuneralhome.com/listings.

To order memorial trees or send flowers to the family in memory of Michael E. Mulroney, please visit our flower store.

No services to be held