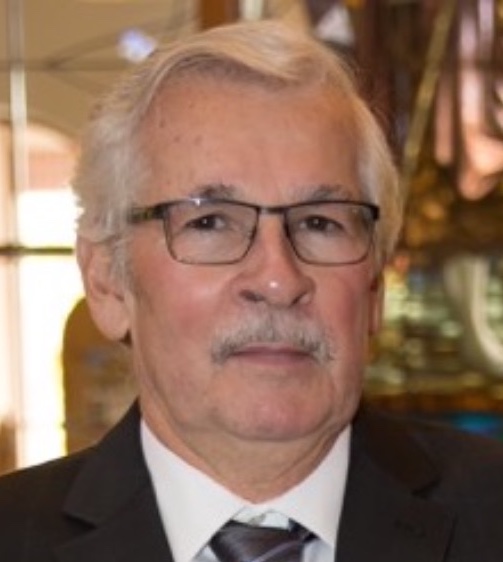 He is survived by his wife Mariella Walsh, nee Gresham; daughter Alisha M. (Steven) Palm; grandchildren Louis Michael and Blakely Palm; siblings Kathleen (Denis) Fahey , Margaret Wilson, Dr. James (Vicki) Walsh, Theresa (Albert) Watters, Marilynn  (Don) Roever, Cindy (Anthony) Gravagna , and Dale (Luann) Walsh; Godson Timothy Walsh, Goddaughter Olivia Crafton, and Goddaughter Lura Brown Butler; nieces; nephews; and cousins.
He is preceded in death by his son Giles Michael Walsh; parents James T. & Catherine (nee Laber) Walsh.
Michael graduated from Saint Peter and Paul in Waterloo, Illinois in 1964. He worked as a conductor/brakeman with the Union Pacific Railroad. After 50 years with the railroad, he retired, but his love of trains continued. He toured the Big Boy in Tucson Arizona in 2019 with his family.
Michael was a local chairman for the United Transportation Union for 12 years. Through this position, he traveled with his family for many conventions around the United States. Some of his favorite convention locations were Little Rock, Los Angeles, and Alaska. He was involved with National Association of Retired and Veteran Employees (NARVE).
When Michael was not on the train, he loved to attend all of the family's celebrations. Family could always count on Michael being there for birthdays, graduations, and holidays. Michael was extremely loyal to family & friends and a great listener.
His biggest celebration was the birth of his two children with his wife, Mariella. Michael & Mariella would have celebrated their 40th wedding anniversary on May 15th of this year. He also enjoyed being a grandpa and his love for them is evident in the countless videos that will be treasured forever.
He was an avid fan of 60's music, especially Patsy Cline. As Patsy said, "Each time someone speaks your name, I fall to pieces. Time only adds to the flame." He will be deeply missed by all who knew him, but is also celebrated for the wonderful life he lived.

As an expression of sympathy the family prefers memorial contributions to:
Immaculate Conception - Grade School
or American Heart Association

To order memorial trees or send flowers to the family in memory of Michael J. Walsh, please visit our flower store.