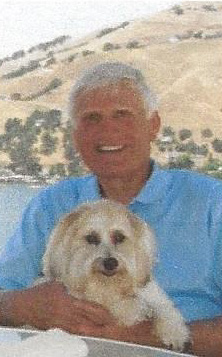 Norman Frank Eichelmann left this world on February 2, 2020. He was born on November  1, 1933 in Waterloo, Illinois to Henry and Dora Eichelmann. He had two  sisters, Darlene (Gene) Buss and Joan (Deceased). After serving his country  in the U.S. Army overseas, he returned home and married Eleanore Amara. Norman and Eleanore were married for 49-years until  her passing in 2005. Norman and Eleanore settled  in Millbrae, CA where they had three  children together,Josephine Andersen, Patti (Glenn) Odani, and Dean (Cindy) Eichelmann.

Norman was first and foremost a family man. He frequently enjoyed vacationing with  his family in Hawaii, and also discovered the charms of Lake County in the late 1960's. Norman  was also quite active as a successful businessman with many talents. Later in life he attended law school, passed the California Bar Exam,and became a practicing estate planning attorney. However, with all of his success in business, he still enjoyed working with his hands, completing numerous  home improvement projects.

In 2013 he married Peggy Bland and moved to San Antonio, Texas, where he enjoyed many new adventures  until his passing.

Norman will be remembered by many as an extremely generous man with  a passion for life. He leaves behind three children,five grandchildren, and two great grandchildren. He will be missed by many.

There will be no services.

To order memorial trees or send flowers to the family in memory of Norman F. Eichelmann, please visit our flower store.