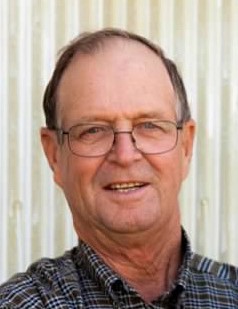 He is preceded in death by his parents Raymond & Elberta (nee Huch) Korves; aunts; and uncles.

Robert was a grain farmer, spent 38 years in the hay business, and was the co-owner of Korves-Oliver.

As an expression of sympathy the family prefers memorial contributions to:
Wounded Warriors or American Heart Assn.

Private Services will be held.

To order memorial trees or send flowers to the family in memory of Robert R. Korves, please visit our flower store.