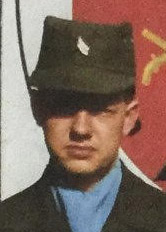 He is preceded in death by his parents Clemens and Anne (nee Kennedy) Reinhold; and sister Helen Munton.

He lived in the Waterloo area all his life. He attended St. Peter and Paul grade school and high school. He served in the Korean War 1953 &1954, in the 7th Infantry Division, Division Headquarters, and Adjutant General Section.

As an expression of sympathy the family prefers memorial contributions to:
St. Anthony's Hospital
Humane Society of Monroe County

To order memorial trees or send flowers to the family in memory of Robert R. Reinhold, please visit our flower store.