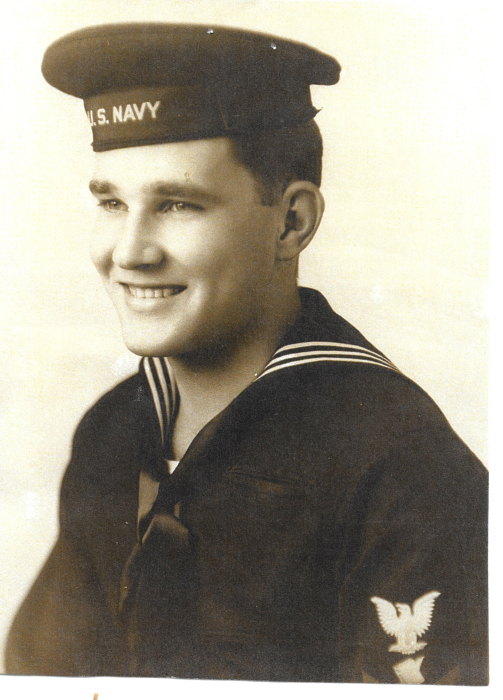 Vernon was a member of The American Legion in Waterloo, IL and Benton, IL; Masonic Lodge in Waterloo, IL and Benton, IL. He graduated from Valmeyer High School in 1949 and joined the Navy on March, 7, 1951. His service lasted nearly 4 years before he was discharged.  While on active duty Vernon got to visit New York; Pensacola, Florida; San Diego, California; and Kodiak, Alaska. Vernon was also a Tire Inspector for Continental Tire for 17 years and has been retired for 24 years.
Vernon Meister also boasts 50 years in the Master Masonic Lodge and 50 years in the American Legion.
Vernon had a deep love of music and enjoyed crossword puzzles. He was known to say, “If I can make someone laugh in a day, I’ve done my work.” He loved doing yard work, mowing the lawn and clearing snow in the winter.
Vernon married Ruth Ann Meister(Schaefer) on September 28,1957 at Evangelical and Reformed Church, in Waterloo, IL.

As an expression of sympathy the family prefers memorial contributions to:
St. John United Church of Christ in Maeystown, IL.

Vernon will be cremated and his remains will be buried at the Jefferson Barracks National Cemetery in St. Louis, MO.

To order memorial trees or send flowers to the family in memory of Vernon L. Meister, please visit our flower store.