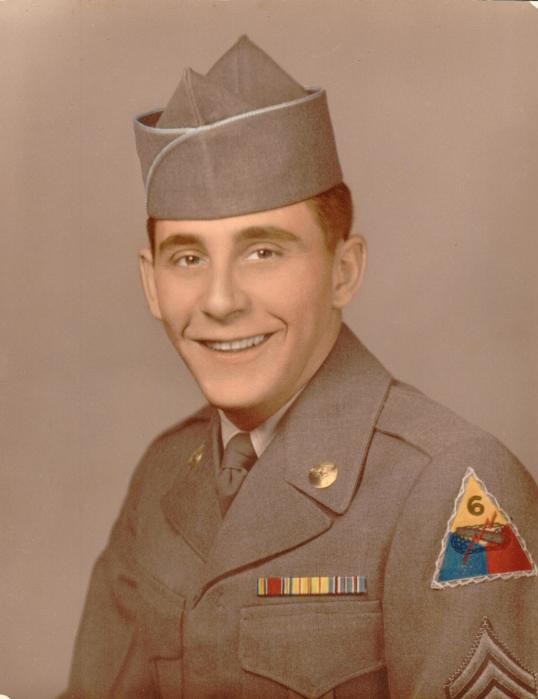 Virgil Charles Pluff, known to his family and friends as Smokey, passed away on February 3, 2021 at the age of 93 years. Smokey was born on June 21, 1927 in Cahokia, IL. He was baptized at the historic Holy Family Parish where he attended school and served as an acolyte. He served his country in the Navy during World War II where he was stationed on Guam as a cook. Then during the Korean War he served in the Army at Fort Leonard Wood as a Mess Sergeant. After the war, he worked for nearly 40 years in the automobile business as the owner of B&B Motor Company. On Sept. 24, 1955 he married Carla Jean Baird at Holy Angels Catholic Church in East St. Louis, IL. Together they raised two sons, Mark and Scott.

Smokey was an active member of the 4th Degree Knights of Columbus, Veterans of Foreign Wars, and American Legion. He enjoyed Midget Car and Stock Car racing, fishing, gardening, and travel. In 1974 he survived a private plane crash on Elk Island near Winnipeg, Manitoba Canada on a fishing trip with friends. He was a beloved husband, father, grandfather, and friend to many. He was preceded in death by his parents Jean Baptiste and Therese (Siekmann) Pluff and his siblings Lambert (Gertrude) Pluff, Vincent Pluff, Helen (Jack) Steadman, Melvin (Flora) Pluff, Firmin (Ardath) Pluff, Margaret (Eugene) Cunningham, Loretta (Alphonse) Eversman. He is survived by his wife of 65 years Carla, his sons Mark (Julia) and Scott (Kristina), grandchildren Sarah, Andrew, Kaitlyn, Lauren, Madelyn, and several nieces and nephews.

To order memorial trees or send flowers to the family in memory of Virgil Charles Pluff, please visit our flower store.