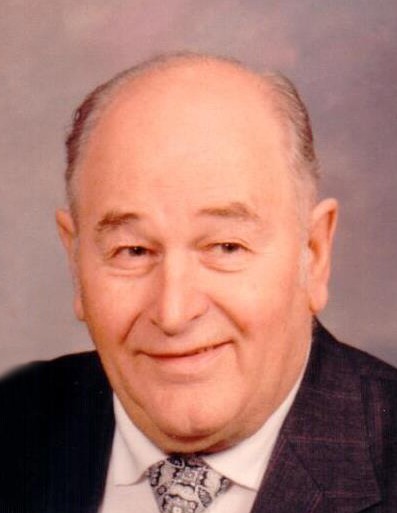 Besides his parents he is preceded in death by his grand daughter Erika Christine Haberl, brother Marvin, and brother-in-law, Victor Helfrich.

He was a lifelong member of Sts. Peter and Paul Church in Waterloo. During World War II he enlisted in the Navy and served on the USS Klaskanine, a tanker that refueled ships in the South Pacific. He was a lifetime member of the Waterloo V.F.W. For 31 years he worked as an iron worker at Monsanto Company in Sauget. After retiring, he worked part-time as a custodian at Gibault High School. For many years he was a Khoury League coach who taught the fundamentals of baseball to a generation of young boys. He was an avid bowler, quitting only when the Bee Hive Bowl closed. Well-known for his sense of humor and many friends, "Whips" enjoyed basketball, baseball, and fishing with his sons.

To order memorial trees or send flowers to the family in memory of Wilbert "Whips" C. Haberl, please visit our flower store.