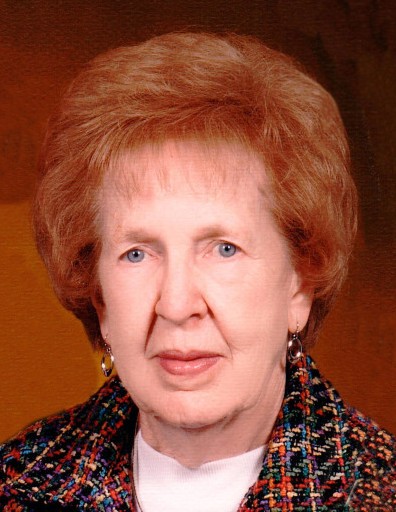 She is preceded in death by her husband Glen Ottoson and parents Harry & Nellie (nee Olthoff) Koedyker; and brother Calvin Koedyker.

Winnetta was born in 1929 in Chicago, Illinois, and brought home by parents Harry and Nellie to the suburb of Roseland on the south side of Chicago, amongst many others of Dutch heritage.  Her parents baptized Winnetta as an infant in the Dutch Reformed Church, and raised Calvin and her in that church.  Winnetta recalled many fond memories of the neighborhood of her youth, the proximity of the Pullman car factory, and trips to downtown Chicago on the street cars.  She could recite the main streets of Chicago by memory, and was a life-long fan of the Cubs and Bears.  Winnetta enjoyed being indepedent, intially making her choice to root for the Cubs since her brother picked the White Sox (the more traditional choice for south-siders), and delighted in sparring with her friends and family in the St. Louis region over the Cubs-Cardinals rivalry.

Winnetta's father, Harry, was a math teacher and boys' dean at Fenger High School, and she was raised with a high regard for education.  Winnetta's desires to deepen her education and her faith in Jesus led her to pursue a bachelor's degree in education from Wheaton College, where she met Glen Ottoson.  Marriage in 1950 was followed by graduation in 1952.  Winnetta taught grade school for many years until 1964 when she began raising a family, and again for several more years from 1978 until her retirement in 1995.  In 1995 Glen and Winnetta left the Chicago area and settled in St. Charles, Missouri to live near their son's family.  In 2006 they moved from St. Charles to Waterloo, and joined the First Baptist Church of Waterloo.  They soon became assistants in that church's Kids' Club after-school program.  Winnetta continued in the program after Glen's passing until the end of the school year in 2019.  Winnetta joined Holy Cross Lutheran Church in Renault in October.

Winnetta loved music, particularly the traditional music of the Church.  Glen and Winnetta regularly participated in church productions of Handel's Messiah.  Winnetta loved reading, and enjoyed trips with Glen to England, Hawaii and Alaska, as well as many trips to Helena, Montana to see their daughter's family.  Winnetta most of all loved spending time with family, and took great joy in seeing her grandchildren and encouraging their abilities and interests.

To order memorial trees or send flowers to the family in memory of Winnetta Ottoson, please visit our flower store.